What is it that people aren’t realizing about Instagram?

SociaLegacy > Private: Blog > Business Strategy > What is it that people aren’t realizing about Instagram?

What is it that people aren’t realizing about Instagram? 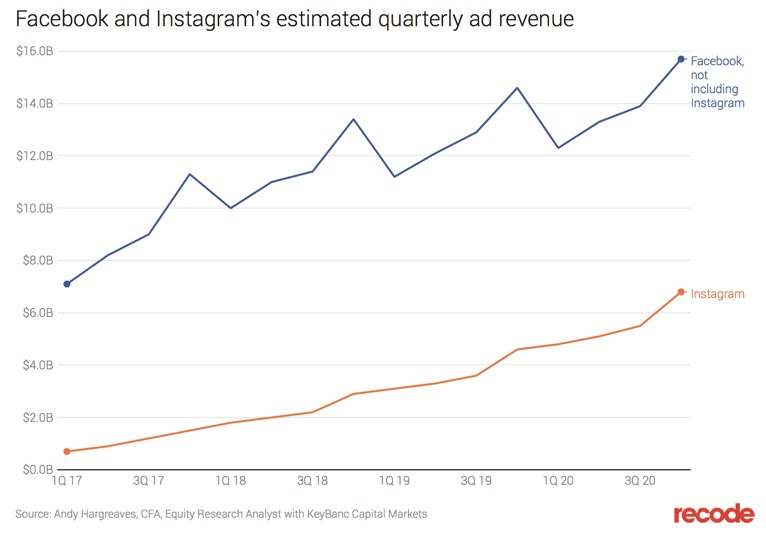 Right now, as we round into Q3 of 2019 Facebook is on pace for a 14 billion dollar quarter for revenue from their paid ads platform.

Why is that interesting to me? A few reasons.

Facebook has about 1.5 billion users logging in on the daily.

But while Instagram has less users logging in per day than Facebook, it’s by a much closer margin than you might expect, based on the advertising revenues I just showed you.

Especially since Instagram is number 1 of the social media giants for people ages 18 to 25, the coveted millennials.

What that means is that Instagram users are, on average, being marketed to massively less than on Facebook.

Facebook has also greatly tightened it’s organic traffic ecosystem. You used to be able to reach a huge swath of any following you had on Facebook, with your fan pages, with Groups and on your personal following.

Now, because Facebook is trying to squeeze more dollars out of advertisers, that engagement, outside of paid ads, has dropped like a rock.

Facebook’s growth has slowed, and yet digital marketers are increasingly like crabs in the Facebook bucket, unable to post big profits because competitors are clawing them back down, whenever they go on a run.

Long story short, building a following to market on Instagram is not only possible, it’s downright easy, comparatively.

With Instagram, you’ve got Facebook sized traffic, far better engagement, and Pintrest sized competition for marketing attention and dollar. So why are still advertising via costly Facebook ads again? Why are you still going live on Facebook?

The famous hockey player Wayne Gretzky once said the follow, “I skate to where the puck is going to be, not to where it has been.”